I am a broadly-trained palaeontologist and palaeoecologist currently based at Museum für Naturkunde, Berlin and also affiliated with the German Centre for Integrative Biodiversity Research (iDiv) Halle-Jena-Leipzig.

My primary research interest is the evolution and extinction of mammals on islands. I integrate data on fossil and living taxa to verify how robust island syndromes are and to understand their causation. In response to the special characteristics of island environments, insular mammals often undergo fascinating evolutionary changes, including changes in body size and in the morphology of their skull, brain, teeth and limbs. At iDiv, I am investigating the relationship between their peculiarity and their fragility, as many of these evolutionary marvels are often threatened or already extinct. 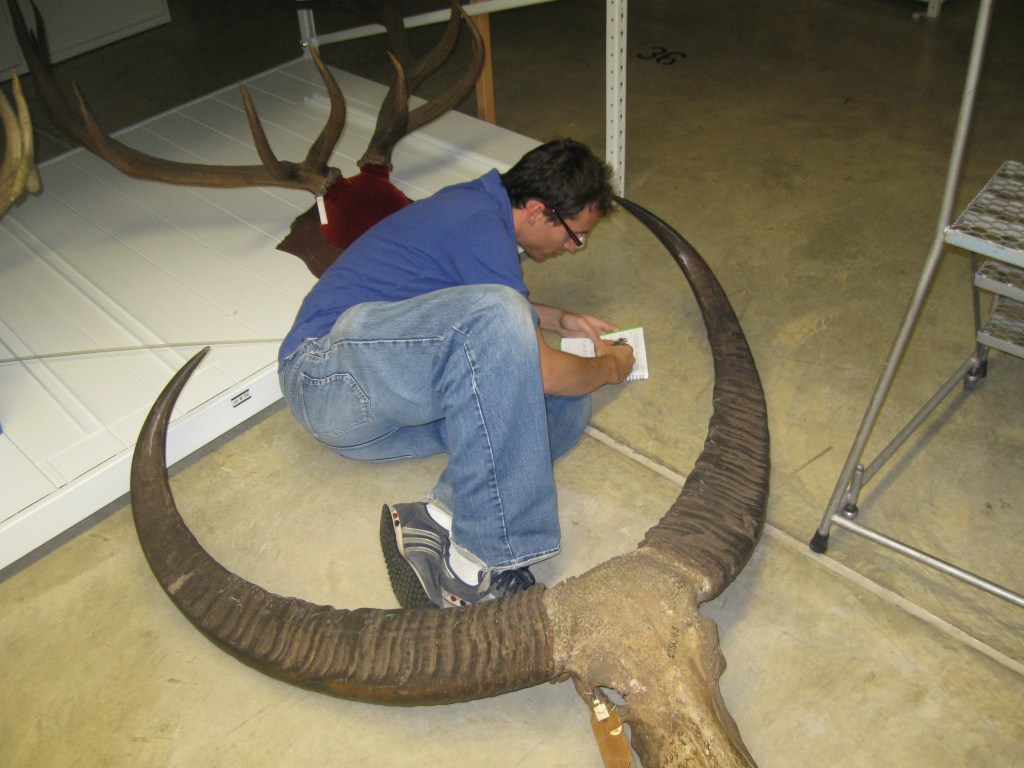 Embraced by the horns of a river buffalo, Bubalus bubalis, in the mammal collections at the Smithsonian National Museum of Natural History, Washington DC.

(Left) Measuring a skull of the iconic mouse-goat, Myotragus balearicus, at IMEDEA – Mediterranean Institute for Advanced Studies, Mallorca. M. balearicus was an endemic caprine that lived on Mallorca and Menorca during the Late Pleistocene and Holocene, before becoming extinct following the arrival of humans around 4300 years ago. (Right) Crystal clear waters of Caló den Rafelino, Mallorca, where remains of the earliest representative of the Myotragus lineage were found (Myotragus palomboi; Early Pliocene).